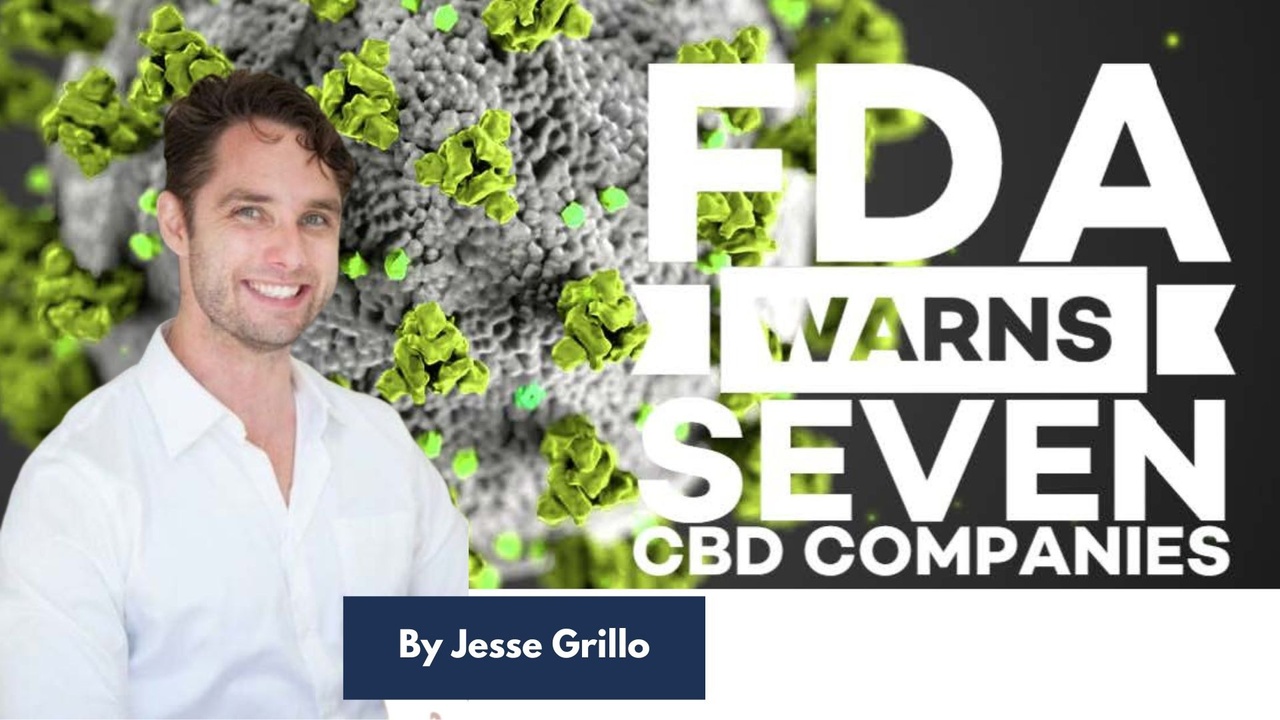 The FDA has issued a letter warning seven CBD companies to refrain from falsely claiming their products can help treat or prevent coronavirus infections.

According to the FDA, a total of seven companies are accused of “using research studies to claim or imply misleadingly that their CBD products” can help when it comes to COVID-19.

Joint warning letters were issued by the Federal Trade Commission (FTC) to these businesses: 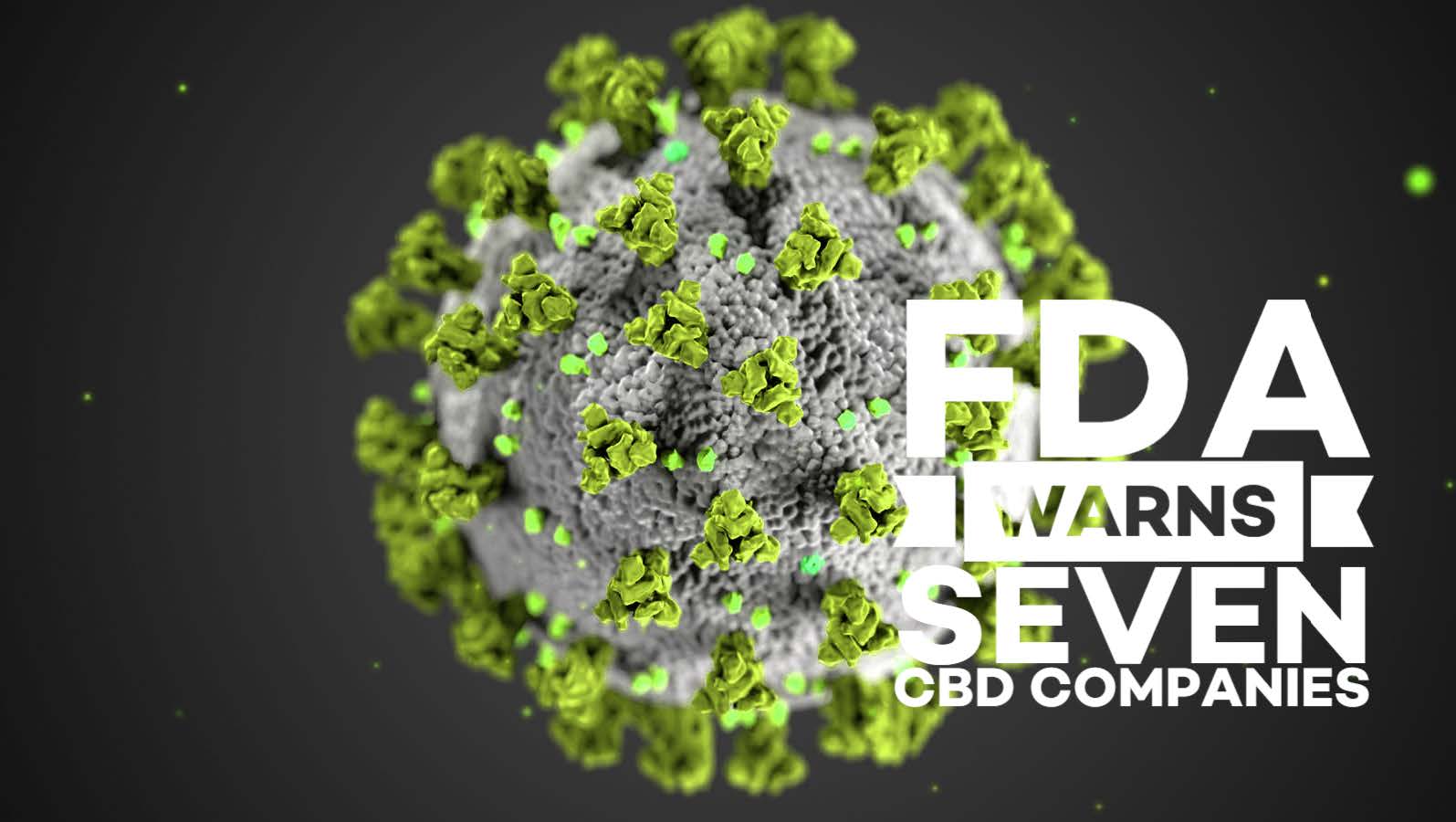 Nature’s Highway is accused of sharing an online graphic titled “CBD + COVID-19 = BREATHE EASIER?” and writing “several recent studies suggest that CBD, with other phytochemicals found in hemp, might open up your lungs, help fight inflammation there, and kick your immune system into a higher gear.”

“The FDA has not approved or authorized any drug containing CBD for the treatment or prevention of COVID-19. We request that you take immediate action to cease the sale of any unapproved and unauthorized products for the mitigation, prevention, treatment, diagnosis, or cure of COVID-19,” the FDA wrote.

Additionally, the FTC issued a “cease and desist demand” within the letter, writing that “it is unlawful ... to advertise that a product can prevent, treat, or cure human disease unless you possess competent and reliable scientific evidence.” The same FTC demand was included in each of the letters.

What Does The Research Say?

The FDA warnings come amid a growing body of studies analyzing how certain cannabis compounds may work against the virus. One study was released in January, suggesting a high-purity dose of CBD could block a COVID-19 infection.

According to the report, “Cannabinoids Block Cellular Entry of SARS-CoV-2 and the Emerging Variants,” published in the Journal of Natural Products posited that certain cannabinoid acids from hemp (Cannabis sativa) can prevent infections from the virus that causes COVID-19 by obstructing its entry into cells.

CBD Social cited the study on their website to “misleadingly represent” their products containing the compound were “safe and/or effective for the treatment or prevention of COVID-19,” according to the FDA’s warning letter sent to the company on March 28.

Smoking anything, however, including marijuana or CBD, is a risk factor for COVID-19 since it affects the lungs, WebMD explains.

At the end of their letter, the FTC issued a “cease and desist demand,” stressing that “it is unlawful ... to advertise that a product can prevent, treat, or cure human disease unless you possess competent and reliable scientific evidence.”

The FDA is calling for the companies to revise their websites and product labels “to ensure” they’re not falsely representing them as “safe and effective for a COVID-19-related use.”

“Failure to adequately correct any violations may result in legal action, including, without limitation, seizure and injunction,” the agency added.

A Virginia mother faces felony murder and child neglect charges in the wake of her four-year-old son’s death, which occurred two days after eating a large amount of CBD gummies.

Tanner Clements was found unresponsive on May 6 and was taken to a hospital where he later died.

Toxicology results showed the child’s death was caused by delta-8-tetrahydrocannabinol toxicity, resulting in extremely high levels of THC in his system and accidental death.

Clements’ mother, Dorothy Annette Clements, is being held without bond after her arrest on Wednesday.

Clements told police that one gummy containing CBD, which does not cause a high, was left in the jar when her son ate a part of it. But the empty jar of gummies seized by police contained THC.

The mother said she had bought CBD gummies from a store in Fredericksburg. She also said her son suffered from a "cardiac episode" and reported that it was determined her son "had something odd with his heart."

After noticing the eaten gummy, Clements said she called poison control and was assured her son would be OK, according to court documents. The attending doctor reported that earlier medical attention could have prevented his death, according to detectives.

How many adverse reactions to delta-8 have been reported?

National poison control centers received 2,362 cases of exposure to such products during the same period, including one pediatric case coded with an outcome of death, according to the FDA.

The cannabis plant is known to absorb heavy metal contaminants from the soil at high rates. In light of this, a recent study has measured the degree of toxic elements found in CBD products, as well as evaluated CBD product label accuracy.

Four of the tested edible CBD products exceeded 0.5 micrograms per two servings, which is the California Proposition 65 threshold for daily lead consumption.

Regarding phthalates, a type of “forever chemical” that has come under scrutiny for their negative impacts on human health, the percentage of edible CBD products with detectable levels ranged from 13 percent–80 percent, with Di(2-Ethylhexyl)phthalate (DEHP) being the most prevalent class.

Finally, among all products tested for CBD labeling accuracy (which included topical products as well as edibles),

The study’s researchers call for tighter regulations on CBD product labeling due to the substantial inaccuracies of product label claims for CBD potency.

Don't worry it will only take two minutes of your time.

Your opinion counts and your answers may help establish new grounds for the industry.